Section H is finished!  The Pacific Crest Trail, California Section H runs from Crabtree Meadows near Mount Whitney to Tuolumne Meadows in Yosemite National Park.  It’s a 175.5 miles of trail the winds through some of the very best of the Sierra Nevada mountains.  Four vlogs cover Section H, this being that last of those videos. 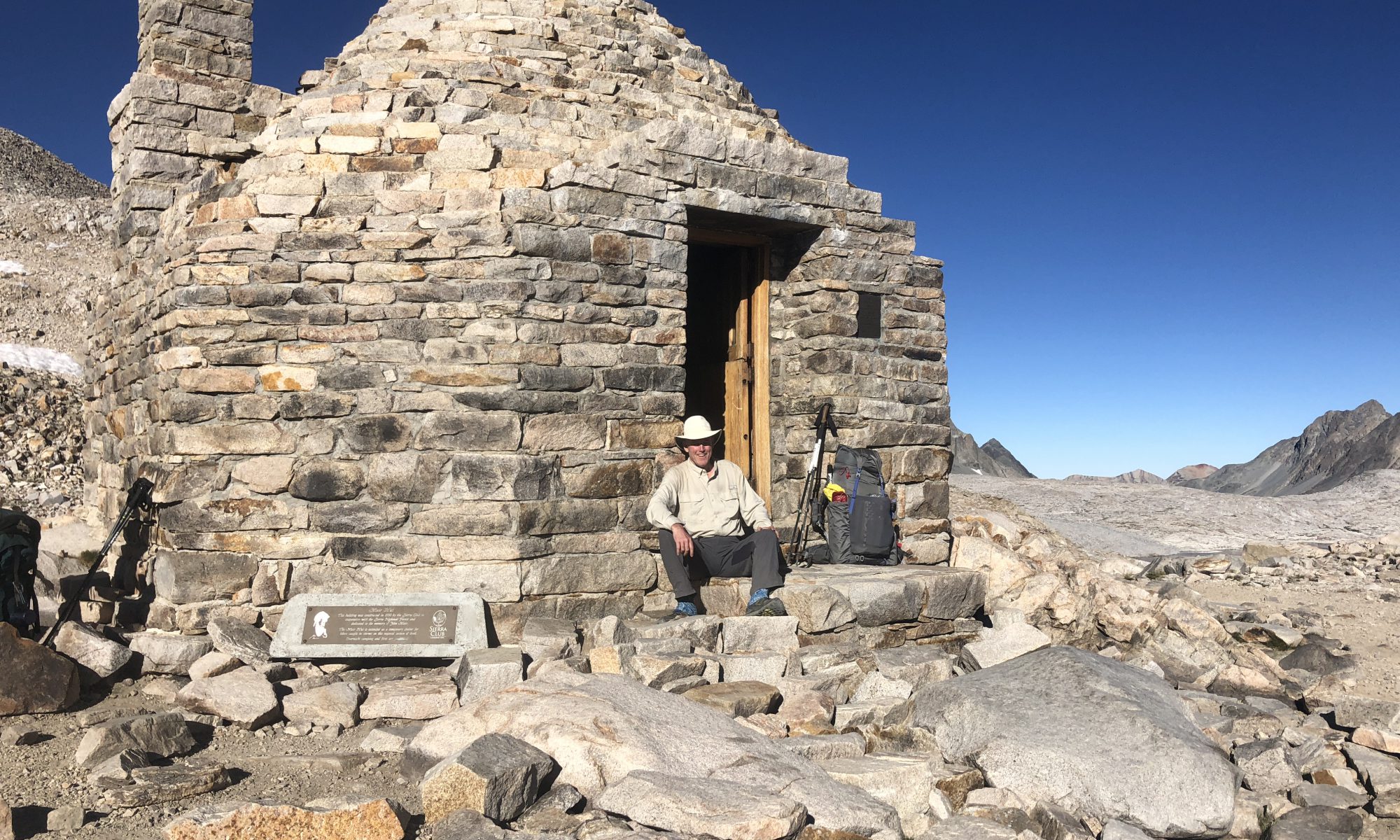 After waiting for the smoke to clear, Rob returned to the trail picking up on Section H where he left off.  He re-entered the Sierra Nevada Mountains by taking the South Lake trail head near Bishop and hiking over Bishop Pass.  He rejoined the PCT and headed north to Red’s Meadow, the exit point to get to Mammoth Lakes.  The video below shows the way.

Part 1 covers from Bishop to the top of Selden Pass.  Part 2, coming soon, will cover from Selden Pass to Mammoth.

What began as an adventure to trek the heavenly portion of Pacific Crest Trail, better known as Sierra Nevada mountains or California Section H, ended up being a shortened trip with an exit over Bishop Pass (Trail junction at PCT Mile 831.0).  The southern 65 miles of 175.5 mile long Section H were traversed before being driven off the trail.  Fire near Yosemite National Park and Tuolumne Meadows, known as the Ferguson Fire, started filling the air along the PCT with smoke.  Visibility dropped to less than 1/4 mile, the air smelled of fire, and the sun turned a darker orange.  Conditions farther north were reported to be worse.

Knowing how beautiful the Sierras can be, and knowing that walking at oxygen depleted upper elevations while ingesting a high level of particulate matter is likely detrimental for one’s health, the decision was made to leave the trail to wait for better conditions.  However, while covering the first half of Section H, much of the splendor of the Sierras was revealed and recorded for your pleasure.

The highest point on the PCT at Forester Pass was crossed as well as Kearsarge, Glen, Pinchot, Mather, and Bishop passes.  Waterfalls, flower, and fauna abounded.  Watch the video below to experience what Rob experienced.